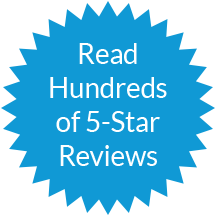 Hi, guys, this is Andrea with Curtis Music Academy, and I’m here with another podcast about amazing piano lessons and guitar lessons, vocal lessons, and all other kinds of awesome music lessons in Tulsa, Oklahoma. And one thing that I would like to talk to you about, it’s a little something unusual, but I’ve kind of alluded to it in past podcasts. And we actually, as a group of instructors, read through the law of record I’m sorry, recognition by Mike Murdock. And it’s a really great book. And it kind of got me thinking about my college days in the past and about how we took a class about some of these different laws that operate in our life. And in some ways it was like a personal development class.

And in some ways it was like a leadership class and everything in between. And so one of the laws that was given in this class was the law of attraction, which states that you attract people, resources and ideas to yourself according to your most dominant thoughts. And so what it’s kind of like what ancient wisdom says out of the heart flows, the issues of life. And so kind of watching over, you know, your brain and making sure you’re not dwelling on negative thoughts or negative emotions and all of those kinds of things, which is a topic that I’m fascinated with. And it really applies to awesome music lessons in Tulsaas well.

But before everyone clicks off and stops listening and actually really applies to learning a new hobby or learning a new skill as well. And so it’s one of those principles that says whatever you hold on your mind with a consistent basis is exactly what you will experience in life. So when it comes to learning a new skill like guitar lessons or awesome music lessons in Tulsa, what are you thinking about when you’re playing? Because it’s actually going to be attracted to you. So are you negative or down on yourself or always belittling yourself? Because actually that’s really common. That’s something. And most of my adult players are overly modest and very critical of their learning.

Awesome Music Lessons in Tulsa and Having a Mindset for Success

So I think that people should celebrate their learning during awesome music lessons in Tulsa, celebrate their mastery of the instrument, celebrate themselves, celebrate their abilities and their cognitive abilities to play and to do things. And it should be an expression of beauty, not necessarily a oh, I got a note wrong or that didn’t sound good or I was nervous. And all of this stuff, which we all have experienced over the time, playing an instrument. So it’s all normal, but it’s one of those things that you could actually rise higher and go beyond that. So like I mentioned earlier, we read the book The Law of Recognition, and it almost reminds me of this law of attraction, because basically the law of recognition says what you recognize in life will grow.

And so it’s almost like what you honor in life will grow and be nurtured. And so the book gave many examples of that. And so it also said whatever you need in life is already there. You just need to to recognize it, which is really life changing. So the law of attraction is similar to that. It’s almost like a magnet that pulls you towards what is already on your mind. So if you’re constantly thinking of negative thoughts about your instrument or about your new hobby, well, guess what? It’s going to magnet pull you into not really enjoying it so much or being stressed about it or things like that. But if you have positive thoughts about playing, then you’re actually going to look forward to playing during awesome music lessons in Tulsa.

And you can look back and think of key songs of the decades of the 1950s or the 1970s, and it was literally a sound of a generation. You can play those songs in awesome music lessons in Tulsa. So I believe all of this is important when you’re thinking about how to master your craft. Another thing that I and that comes to mind is. The fulfillment is in the journey, not necessarily in the destination. So a lot of times people feel like when I finally am able to play Clair de Lune, I’m going to feel satisfied as a musician. Well, that’s actually not really true, because if you have that mindset and you get to play Clair de Lune, you’ll never be satisfied because you’ll be on the next thing like, oh, I need to play another Chopin song that’s much harder. So you kind of get the point that the journey is where the fun takes place. So anyway, that is just a couple thoughts about the law of attraction and how to have a positive mindset about your practicing and about your playing and about your performance abilities. I hope all that made sense and resonates within you as you’re doing any hobby. And as always, thank you for tuning into this podcast about awesome music lessons in Tulsa. Please join us next time for another podcast about awesome music lessons in Tulsa.