Guitar Lesson Techniques in Oklahoma | Learn From the Best 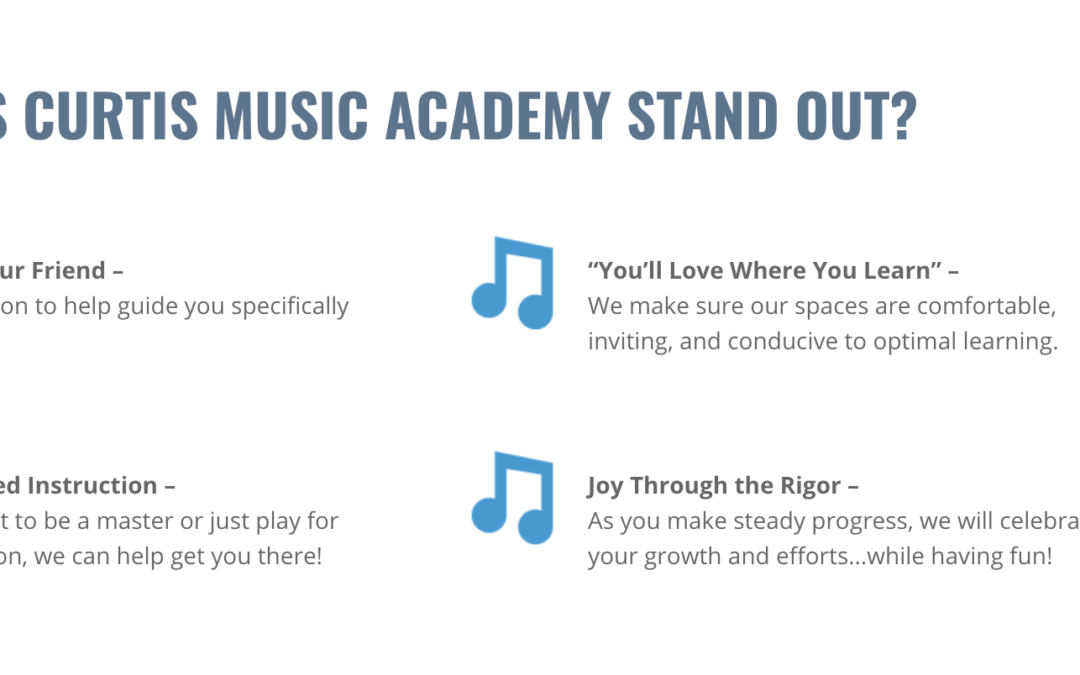 Hi, this is Andrea with Curtis Music Academy, and I am here with another amazing podcast. This one is about a book that I just purchased from Amazon and I am so excited to get it and apply it to both piano and guitar lesson techniques in Oklahoma. And I actually found it through a YouTube clip and it was about a hundred different left hand patterns to play with fake books. And I got to glimpse at a page or two as well. And it just looks super awesome and super great for a lot of my students because I noticed that some of the patterns are easier and they’re not more advanced. And that’s great because a lot of my students are learning and so they’re just beginning to learn how to play with fake books.

I thought that would be perfect for piano and guitar lesson techniques in Oklahoma. So I really love that because it’s easy enough for people to just jump right in. And there’s also some more advanced features as well. And I also kind of go into changing keys and what that would look like. And one of the really great things that I love includes common left hand patterns, like the Alberti base or the Octave Ridge or just the root note. So all of these things, basically, the whole idea is to make your plane sound diverse. And that is the heart of it, because we don’t want to sound like we’re playing the same song over and over and over again. We want to or even the same genre.

We want to be able to play different sounds at the piano to really communicate the variety and the diversity on the piano or during guitar lesson techniques in Oklahoma. So this book also includes some left hand blues patterns, some left hand jazz, some left hand new age patterns, all these different things, pop patterns. I am just thrilled to even kind of learn some new ones because I really don’t know what New Age patterns sound like, although I have listened to that genre of music and I really enjoy New Age piano, especially George Winston, who plays a lot of New Age piano instrumental songs. So anyway, that’s just a side note. But one of the cool things that I noticed about this book is a challenge would be taking the same song like Twinkle, Twinkle, Little Star and playing the same song with different left hand patterns.

And so that is something I’m excited about showing my piano and guitar lesson in Oklahoma students that you can actually make it sound totally different by the different patterns that you use. Now, in the right hand, you would still be doing the melody or you could add in some chording. So that means that you’re like the melody would be on top still, but you might add in some harmonies with your right hand as well. And so that would be something that we could include in the piano or guitar lesson techniques in Oklahoma and everything that the writer of this amazing book went into detail when he was playing the song, when he was kind of explaining it on YouTube, was that you can actually play different styles like he did Twinkle, Twinkle, Little Star in a scat pattern.

Guitar Lesson Techniques in Oklahoma | Read More About the Process

And it sounded totally different from Twinkle, Twinkle, Little Star. It was almost like the song itself was a beginning point or a jumping off point, and it was just totally like a lot of improvisation and a lot of really fun stuff. So I’m interested in that for myself to like. I feel like I’m going to learn so much by getting this book because I would love to learn how to improvise and more and more in my music and make different sounds. So I’m sure that we’ve all had that experience where we turn on the radio and all the music sounds the same. Instead, that is like something that as a musician, you never want, whether you are taking piano or guitar lesson techniques in Oklahoma.

And so having that creativity is a huge plus, like it’s almost just easier to go with the flow and to make the same type of music that you’ve always made or play the same type of music you’ve always played or even play the same type of music that has been played for years, whether in piano or guitar lesson techniques in Oklahoma. But it’s always amazing to have somebody who’s a pioneer into a new sound. And so you can even kind of see that with some pop artists. And there they break through with a new amazing sound and then people kind of follow their style for a while. And so it’s kind of like that. It’s like it’s not wrong, but it’s just one of those things. It’s like it’s nice to have a new sound. I actually heard somebody say that scientifically, like a high number, a high percentage of music is just really repeated.

It’s not like it’s accidentally copied, like people who intentionally. Steal another song’s idea and copy it and make it their own, but really for the last 70, 80 years, that’s what’s been happening. It’s because there’s no new ideas. It’s like the melodies are really the same or they’re like it’s kind of patchwork. It’s like this melody for the verse, this melody for the bridge. It’s all just repeated, regurgitated. And so that is something that I would like to have is an original sound. And I know my students are like that as well. They want to do something new and unique and inspirational. So that is another idea of why I want to have this book is because it’s not just about playing the piano. It’s not just about knowing songs or memorizing songs or reading sheet music. It’s about creating and inspiring and releasing the sound that is within us, whether in piano or guitar lesson techniques in Oklahoma. I hope that makes sense. I think that’s why songs like I Can’t Help Falling in Love With You are just timeless. Elvis Presley sang that song many years ago, but still to this day, it’s iconic. It is a favorite in both piano and guitar lesson techniques in Oklahoma.

And so anyway, all that to say that it is exciting to be able to play creatively and to be able to improvise and to be able to really release the sound that God has put within you. So I just appreciate you guys listening to my awesome story about my excitement of my left hand rhythm patterns, left hand piano patterns that I’m going to be getting soon. I can’t wait to read it and to work through it myself and also have my students work through it. And I just believe that they’re going to be really strong pianists and really strong musicians after they are introduced to these new ideas. Thanks for joining into this awesome podcast about piano and guitar lesson techniques in Oklahoma. We’ll see you next time.