Guitar Lessons for Children in Oklahoma | We’re Great With Kids 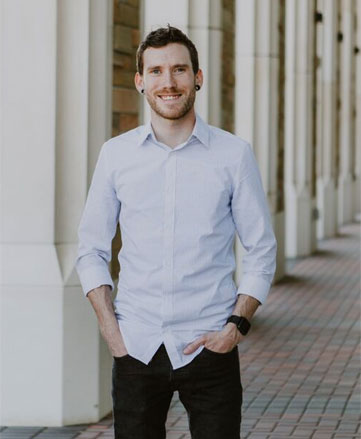 Music Theory for Guitar Lessons for Children in Oklahoma

Hi, this is Andrea with Curtis Music Academy, thanks for joining for another podcast, and this particular podcast is about music theory for guitar lessons for children in Oklahoma. I love music theory and I have a really strong background with it. Just because the high school where I went, they were really strong in music theory. And so it just I was involved in the music program and it just kind of rubbed off. And I’m so thankful for that opportunity because now I just have this keen understanding of the basics of music and it just comes more naturally to me than it would someone who is just brand new to music. For example, an adult, a beginner on the piano. So some people wonder, is it really that important to understand music theory?

And I would say absolutely, because some people think like if they’re a beginner pianist, they just want to go through the music lesson book and learn how to read sheet music, basically. Well, truth be told, music theory is interlaced with how to read sheet music. And furthermore, I have actually seen students, unfortunately, really struggle through the beginning of the guitar lessons for children in Oklahoma. The lesson books approach learning some different fundamentals about music theory, I think that it wouldn’t be so much of a struggle. So probably a couple of months ago, we at Curtis Music Academy were in one of our team meetings on Thursday nights.

Yes, every Thursday we do get together as instructors and Ron and Kelly, who are the owners of Curtis Music Academy. Kelly always makes a fantastic meal, which is amazing. So we’re really blessed to work for a place where, you know, the bosses prepare a meal every week. It’s just really fun. And we all just sit around and laugh and talk and talk about our weeks at work and talk about the student wins of the week and all things pertaining to guitar lessons for children in Oklahoma. We also talk about struggles and we collaborate on different ideas. And it’s just a really great way to have iron, sharpened iron, basically. Anyway, so we were talking about music theory a couple of months ago, and I think it was Ron who said that music theory is just putting to words how music really works.

And I really like that definition because it doesn’t have to be something elusive when you are teaching guitar lessons for children in Oklahoma. It doesn’t have to be something hard to understand in the music lesson, it’s just a language that we can commonly speak and write and read so that we’re all on the same page in our music. So that is the essence of music theory. It is really understanding how music works. I really like this in the example of playing chords and understanding the scale formula. When you understand the scale formula, it actually enables you to play in a variety of keys. And so people might be like, well, what are keys on the you know, like what does that mean? I understand that there’s piano keys that you push down and they make a sound, but how does that work?

Teaching Music Theory in Guitar Lessons for Children in Oklahoma

So playing in certain keys like you could actually play in the key if you could play in the key of G, basically it’s just a different starting point on the piano or during your guitar lessons for children in Oklahoma. You know, there’s actually 12 different starting points on the piano you could start from. And when you know the scale formula, you can actually play and understand what’s playing a song in that particular key would be like. So see, like I wish I could actually show you and play through some of these things and spend 30 minutes kind of digressing on that topic. But it’s one of those things. It’s like when you don’t understand the purpose for understanding skills, it’s just something that’s kind of boring.

But when you understand the importance of it, it actually enables you to really go to the next level in your musicianship in teaching guitar lessons for children in Oklahoma. So that is what I am all about when I’m a piano teacher in music lessons Basically, I think it would be really sad if my students just knew how to play and just knew how to read sheet music and didn’t know anything else about how to build songs about how music worked. I just feel like that is where a true musician is born. You know, a person can play like for example, if I have an adult student who just comes in and wants to learn the piano, we just go through the music lesson book. That person will ultimately be able to read sheet music and maybe play two or three songs.

Well, but is that really for me? I don’t know if that would really bring ultimate joy in a musical journey, like if a person can just play two or three songs. Because there’s so much more you can do, like you could play chords, you could play a number of songs, you could improvise, you could experiment, you could write your own songs. And so all of those things, it’s really understanding how music works. And that’s where music theory comes in. So I’m starting to implement more and more music theory into my guitar lessons for children in Oklahoma, little bits at a time. And so, um, and the hard part is sometimes students I can just hear their inner groans as we kind of go to the things about music theory.

But I just have to really be a cheerleader and be encouraging to them, because it’s really one of those things that if you put in the work behind the scenes, it will raise you from a beginner pianist to an intermediate pianist. And that’s my goal, is for people to be really well-rounded when they take guitar lessons for children in Oklahoma. And I did want to end talking about the circle of fifths. Now, the circle of this can be really tricky for students to understand, and I don’t think it has to be. I think if you really explain it well, it actually makes a lot of sense.

And so it’s one of those things I’ll explain a little bit and then maybe in a couple of weeks bring it back and explain it more. Same thing. Like every time that we work through it a little bit more, it makes a little more sense. And I think the circle of this is one of those foundational things that anyone could understand at the piano. So definitely a huge aspect of being a musician. So thank you for listening to this awesome podcast about music theory and how it applies to all guitar lessons for children in Oklahoma. And I look forward to seeing you at the next podcast.