Guitar Lessons in Tulsa | Learn About Tuning Your Guitar 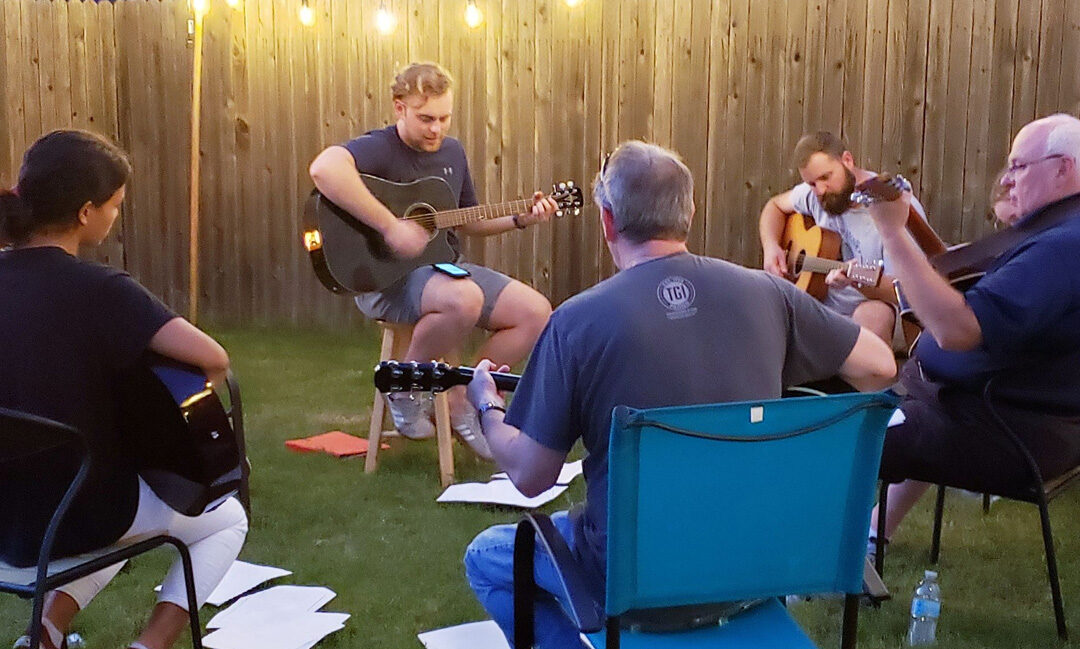 Tuning in Guitar Lessons in Tulsa

Hi, guys, this is Andrea with Curtis Music Academy, and I am here with another podcast about amazing things about music. So if you’re an aspiring musician, this is just a platform to learn more about different instruments, about different types of music and different thoughts and musings of all of the above. So today, I would love to talk to you about how to tune a guitar and why it is important. So we actually teach guitar lessons in Tulsa at Curtis Music Academy and for the most part Kyle is our guitar instructor. He teaches all ranges of guitar and he is really great at what he does.

And I believe that Ron also teaches some guitar lessons in Tulsa as well, and they’re really good about teaching their students how to tune the guitar. So there’s a few different ways that you could go about this. First of all, if you’re a total beginner and you’re new to music, you won’t even necessarily understand why to tune a guitar. But the strings are actually usually not in the correct sound or pitch that they should be in. So just because a guitar looks ready to play doesn’t automatically mean that it is sometimes due to just if the guitar has been sitting around for several days, it will actually go out of tune.

Which means if a note is supposed to be an E note on a string, it might go down to D or D sharp. Also, weather and humidity can make the changes in this as well. And so sometimes it can even go a little bit sharp, a little too high. And so if every single string does this, it will sound completely out of tune, completely warped sounding and definitely doesn’t sound awesome, even if you’re playing totally awesome. So the number one thing to do is to learn how to tune a guitar during guitar lessons in Tulsa. And so the easiest way to do this is to buy a guitar tuner or use a guitar tuner app.

And so what happens with this is you turn on the app or you turn on the actual tuner and tuner is usually like clipped to the top of the guitar and it will display like the first string, which would be E and it was you’ll play the E string and it will tell you if it’s too low or too high, it’ll have like a little gauge on it. And if it’s too low, then you’re going to tune it a little bit higher. If it’s too high, you’re going to tune a little bit lower until you’re right smack dab on top of the right sound. And usually it is like dings or it will turn a different color if you’re on the accurate note. And so for new beginners during their guitar lesson in Tulsa, that’s the best way to go because it is so accurate and so precise and there’s usually no wondering about if I’m on the right tune or not. This is especially helpful in guitar lessons in Tulsa.

Getting Your Guitar Ready for Guitar Lessons in Tulsa

So usually I believe that our instructors at Curtis Music Academy, they teach you from the first guitar lesson in Tulsa how to tune a guitar because it’s that important. Like even if you’re playing the right chords on the guitar and you’re playing out of tune, it’s just not going to work. Another way to tune the guitar is relative tuning. And so if you are in a place like around a campfire, for example, and you don’t have any other instrument around or any other tuning mechanism in order to tune, you can actually just tune based on the bottom of the string. And so just assume that the bottom string is in tune and then from there go up to the fifth fret and from that fifth fret you can try to match the next string and so on and so forth. It’s actually easier to see this in person.

So if you go up to the fifth of the first string, that would be in a note. So you play A and then you play that second string and they both should match. And if they don’t match, then you adjust the second string and then you do that with the second string in the third string, make them match, basically make the third one, match the second, and then you do it to the third and fourth and then you do it to the fourth and fifth string. This is really helpful in guitar lessons in Tulsa. Now, on that particular string, it needs to go to the fourth fret just based on the way the notes are on the guitar. And then the last one fifth and sixth string goes back to the fifth fret. And so that is a way that you can play because like let’s just say your first string was a little out of tune.

It was a little flat. And so let’s just say it was like E flat. Well, it’s no problem if you’re not playing with any other instruments. So it will sound in tune according to itself. Now, if you try to play that guitar with a piano, it’s going to sound totally off. So that won’t necessarily work. But if you’re just in a case where you’re just playing the guitar by yourself and with singers, that will be totally fine. Another way to tune your guitar is to tune it with a piano, which is kind of like an almost old -fashioned way, but. Definitely a good way and in this way, this way, along with the previous one that I was mentioning, you have to really trust your ear.

And sometimes it’s a little tricky, especially if there’s talking or noise going on in the background. So if you’re in a guitar lesson in Tulsa, when you’re tuning the guitar to the piano, you literally just play the particular note on the piano. And that just takes some time to practice, because even if, you know, in total the notes on the guitar like it should be, then A and then D and so on and so forth, you have to know which E on the piano that it’s supposed to sound like. And so of course it’s like bass e it’s not like a low low E, it’s not like a super high E. And so once you kind of get used to that, it’s a really doable way to tune your guitar and each particular note, you can play it on the piano and then play it on your string and then adjust accordingly during a guitar lesson in Tulsa.

And so that is another great way to tune the guitar as well during a guitar lesson in Tulsa. And so I hope all this helped you. Those are the three main ways to tune a guitar. I was actually in a band one time where the guitar player I was playing rhythm guitar, I guess, acoustic guitar, I should say, and he was playing electric guitar. And even between songs, he would return his guitar. And I don’t know I don’t know if he just had a bad experience where his guitar went out of tune once during, you know, a live event. But you don’t necessarily need to tune it that much unless there’s a problem with the guitar. But anyway, you get the picture. And so he really was always accurate with his tuning. So I hope this helps you. And thanks for tuning into this podcast about guitar lessons in Tulsa. We will see you at the next podcast explaining further about guitar lessons in Tulsa.