Intermediate Piano Lessons in Tulsa | Advance to the Next Level 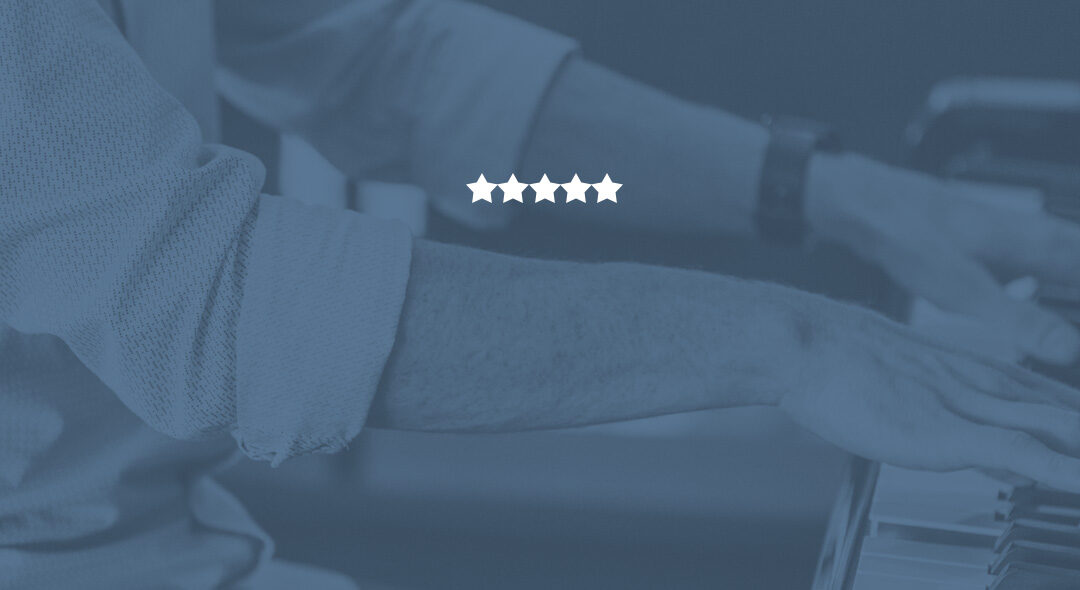 Hi, guys, this is Andrea with Curtis Music Academy, and I have another exciting podcast for everyone to listen to. And I am here with Curtis Music Academy and we do a variety of lessons. We do vocal lessons. We do guitar lessons, we do intermediate piano lessons in Tulsa, and we do other lessons as well. But those are three main genres of teaching music. So today I actually wanted to share this really exciting thing that I’m learning on the piano and teaching during piano lessons, and it’s called extended chords and it is just so fun and I’m having a great time with it. But I will go ahead and tell you the journey that I’ve taken with learning chords. I was trained classically, so playing with chords didn’t really come about right at first.

It kind of came on the side. Later on, I just kind of learned separately from intermediate piano lessons in Tulsa. But once I learned how to play chords, I was in like a small school band, kind of like, you know, drums, guitar, piano type thing and singers. And I really just knew how to play major and minor chords. And you have to know something about me. I am very pragmatic. And so I was like, this is all I need to know is the major and minor chords. And I’m like that in a lot of areas of life as well. Like as a kid, I was always that person that I was eating chicken tenders and French fries the majority of my life because I just knew what I liked and I didn’t need anything else. Now, as an adult, my tastes have really grown.

I’ve eaten Thai food, I’ve eaten Japanese food. I’ve eaten all kinds of just really exotic things. And I’m learning to appreciate and love them. I’m even loving the vegetables. So I’m really thrilled about that. And so that is kind of where I came from. Just very simple, you know, like I said, the chicken tenders and the French fries. But it also kind of applied to my music as well, especially with chords. And so I was like, you really just need to know those two major and minor and you’ll be fine. That’s all I learned up until that point in intermediate piano lessons in Tulsa. And really, for the most part, you are, especially in pop music, you really can get by with that. But just recently I’ve been learning the extended chords that really I didn’t even know the seven.

So there’s three different types of seventh chords, major seven minor seven, dominant seventh. And those were really thrilling. And adding them to the music has just really brought a new level of expression. And it’s almost just like sometimes you hear a sound that is just so unexpected and different and it’s really fun to play and also to listen to it. Also, it brings a lot more variety because it’s like how many times can you hear major and minor chords? And it’s just the same old, same old and, you know, so it just brings in this whole level of anticipation, like, I wonder what’s coming next during intermediate piano lessons in Tulsa, that type of thing.

Some other courses I really love are suspended chords, whether that’s two or four of those add just a level of mystery and take it away from just being happy clappy is what I like to call it. And it just adds, like I said, the mystery being surreal, being just a little different than normal. I love those cords. Slash cords are very important, too. We usually learn these during intermediate piano lessons in Tulsa. So where your left hand is playing a different baseline than what your right hand is playing. So those are some fun expressions as well. We have augmented cords, we have diminished chords, and I usually don’t use those a whole lot because I still like growing a taste for those basically. But in certain songs you just can’t do without it.

I mean, it just might be one augmented chord. Like, I think I’m teaching the song Bohemian Rhapsody in one of my intermediate piano lessons in Tulsa. So one of my students and there’s this one augmented chord. And when he played it, I was like, oh yeah, that is exactly the way it should be. And that’s exactly what the recorded version sounds like. So it just adds in the factor. And so then I am also learning ninth chords, 11th chords and 13th chords. And I have just had so much fun playing chord progressions that I had never even thought about and never played before.

This really opened me up to playing a lot of different chord progressions that are new to me because I was honestly getting really bored with just the major and minor and I didn’t even know what could be and what was beyond that. And so it’s just been really fun during intermediate piano lessons in Tulsa. In fact, the other day I recorded just this little chord progression with a chord progression I never even thought about. And it’s just you go along. The first three chords are kind of normal and beautiful in the last chord is just so different in a really good way.

So anyway, I just wanted to do this podcast to maybe others out there who are kind of like me and grew up thinking, oh, well, I just have the basics and that’s all I need and I can do the inversions, and that’s awesome. But you know what? I have slowly over time just developed a love for extended chords during intermediate piano lessons in Tulsa. So if you’re in that same boat, I would venture on into the seventh. And once you master those, I would do nights and just have some fun with different varieties. You may try augmented or diminished chords. Or you may be playing a lead sheet that requires a more complex chord. So thank you very much for tuning into this podcast relating to intermediate piano lessons in Tulsa and we will see you at the next one.